To the Westcoast / My Fate 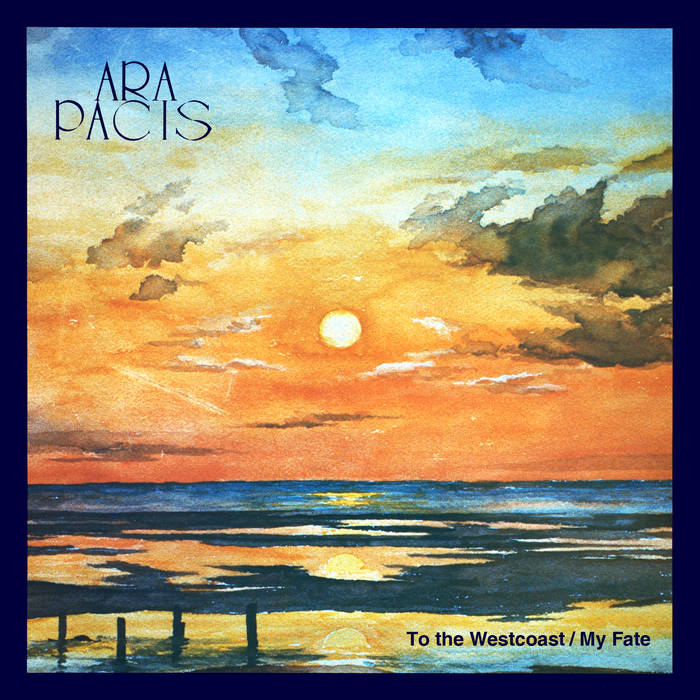 With a loudly pressed vinyl single “To the Westcoast / My Fate” by Ara Pacis we are proud to officially release two of the most exciting AOR tracks hailing from Germany.

Ara Pacis, a group from the island Föhr in the North Sea, was originally founded in 1971. Initially influenced by blues and classic rock by The Rolling Stones, The Who, and the like, they were also inspired by bands such as Steely Dan as well as the German/British group Lake. However, Ara Pacis created a style of their own when their privately pressed and self-distributed “To the Westcoast” LP was released in 1979. The songs were mainly characterized by two-part guitar riffs by Töns Brautlecht-Deppe and Wolfgang Schiffner, who also were the core songwriters of the band.

The freshly remastered single starts with the title track “To the Westcoast”. Due to its sunny and yacht-y vibe it is easily amongst the best and most authentic tunes out of the “Westcoast rock” genre recorded in Germany. With family connections in California, lead singer Töns Brautlecht-Deppe was able to create and capture the feeling of the Pacific sea shore just perfectly.

The single is backed with a revised studio version of “My Fate”. Here, lead singer Töns Brautlecht tells his story about getting into playing guitar as a young boy. The track is also featured on the album but the version we present on the 7" vinyl is an unreleased, even quite funky and more powerful take. It was recorded in 1981 at the Rüssl studio in Hamburg where Brautlecht had just started to work as an engineer.

On the digital EP versions we are happy to offer two additional tracks off of the highly collectable LP as well as four tracks from the studio sessions in 1981 which have been remastered from tape. Three of these are alternative takes of album tracks while “I Don’t Know” is exclusive to the EP.

As the "To the Westcoast" LP was released during a time when styles like New Wave, Synth Pop and Punk became popular in Germany and the interest in organic and soulful rock declined, Ara Pacis’ debut remained relatively unnoticed until today and even the Krautrock collector’s scene does not seem to be fully aware of this hard to find gem yet of which only 1000 copies were originally pressed. The band is still kept in good memory by their fans as a quite legendary live act and although they officially split in 1982, the group still served their fan base with revival concerts in 1990 and 2002 plus a website with full band story and lots of images from the early days.

We hope this single sheds new light on this great band. It is limited to 350 copies and released in a beautiful picture sleeve which shows the original LP artwork.

Reissue production by The Artless Cuckoo. Special thanks to Nikolas Vegaz of Dustyloops.

The Artless Cuckoo is a record label and online shop from Berlin.

As a music label, The Artless Cuckoo loves discovering music from around the world in dusty record bins or on old master reels – it’s a never ending, exciting challenge. We try to re-release the best we could find, all fully licenced and packed with great care. ... more

Bandcamp Daily  your guide to the world of Bandcamp